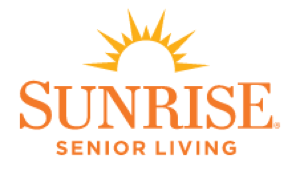 Was your loved one mistreated while living in a Hillsborough County nursing facility? Are you concerned that they were the victims of abuse or neglect at the hands of caregivers or other residents? If so, contact the Florida nursing home affiliate attorneys now for immediate legal help.

Our team of abuse prevention lawyers has represented many nursing home victims and can assist your family, too. We provide every client with a free initial consultation to discuss their case and determine the best legal options to proceed. Call now so we can begin working on your case today.

This long-term care facility is a 45-certified bed Medicare and Medicaid-participating center providing services to residents of Tampa and Hillsborough County, Florida. The "for-profit" home is located at:

The investigators for the state of Florida and federal nursing home regulatory agencies have the legal responsibility of penalizing any facility that has violated rules and regulations that harmed or could have harmed a resident. These penalties often include monetary fines and denying payment of Medicare services.

The nursing home received four complaints over the last three years that resulted in a violation citation. Additional information concerning the facility can be reviewed on the comprehensive Florida Adult Protective Services Website.

The state of Florida and Medicare.com routinely update their comprehensive list of deficiencies online to reflect all violations

The state investigators determined that the nursing home “failed to thoroughly investigate and report an injury of unknown origin for [one resident] reviewed for assessments after a fall.”

The state surveyors reviewed the resident’s clinical records and Nursing Notes dated June 27, 2018. The note indicated that there was “a bruise on his left ear unrelated to a fall. [The resident] was asked about it [and stated] ‘it was there before.’”

The surveyors interviewed the resident’s wife, who said that “she was aware [the resident] had fallen during the early morning hours [and when she came to pick them up] she noticed his left ear was red/purple.”

The resident’s wife said that he had said “he hit his head when he fell.” His wife said that “she did not remember speaking to the staff about the bruise or the details of the fall [and that the resident] did not complain of pain and was his usual self until two days later (June 29, 2018) when he complained of a bad headache after returning from [medical treatment].”

The resident returned for additional medical treatment and “complained of a bad headache.” His wife “asked [the nurse] if [the resident] could have something for a headache. The nurse said, ‘yes’, and gave him Tylenol.” His wife said the resident complained of pain later that day indicating that the Tylenol was not working.

The following morning, the resident’s wife received a call from the facility informing them that “[the resident] was unresponsive, and they were sending him to the hospital.”

Neglected or Abused at Brighton Gardens Of Tampa Nursing Center? We Can Help

Do you suspect that your loved one suffered harm, injury injury, mistreatment, or died prematurely while living at Brighton Gardens Of Tampa Nursing Center? Contact the Florida nursing home abuse prevention lawyers at Nursing Home Law Center at (800) 926-7565 for immediate legal intervention. We represent Hillsborough County victims of abuse and neglect in all areas, including Tampa.