Attorneys for Abused & Injured at Bonview Rehabilitation and Healthcare Center

Do you suspect that your loved one is the victim of physical abuse, sexual assault, neglect, or mistreatment while living in a Richmond City County nursing facility? Are you concerned that their injuries occurred at the hands of caregivers, nurses, employees, visitors, or other patients? If so, contact the Virginia Nursing Home Law Center Attorneys now for immediate legal intervention.

Let our team of abuse prevention lawyers work on your family’s behalf to ensure you receive monetary compensation for your damages. We will use the law to hold those responsible for causing the harm legally and financially accountable. Let us begin working on your case now.

This nursing facility is a "for-profit" Medicare and Medicaid-participating home providing services to residents of Richmond and Richmond City County, Virginia. The 196-certified bed long-term care center is located at:

Federal agencies and the State of Virginia have a legal responsibility for monitoring every nursing facility. If serious violations are identified, the government can impose monetary fines or deny payments through Medicare if the resident was harmed or could have been harmed by the deficiency.

Within the last three years, federal investigators imposed a monetary fine against Bonview Rehabilitation and Healthcare Center for $8,518 on October 04, 2018, citing substandard care.

The nursing home received two complaints over the last three years that resulted in a violation citation. Additional information concerning the facility can be reviewed on the State of Virginia Adult Protective Services (APS) Website.

The investigation involved a resident who was “independent in daily decision-making ability” but requires “the physical assistance of two persons for transfers and toilet use.”

On October 3, 2018, at 11:00 AM, the surveyors interviewed the resident with a facility liaison in attendance. The resident stated that a Certified Nursing Assistant (CNA) “had frequently yelled and screamed at me and bullied me.” The resident stated that the CNA “was abusive to her whenever she entered the room in response to the call bell and had become intolerable to work with.”

The resident stated that the CNA “had repeated the abusive behavior on October 2, 2018” and that “she usually uses the call bell to received incontinence care assistance. She further stated she had complained about her previously because she is the only one who will commit to working on the weekends.”

Additionally, the resident stated that “she had recently reported another CNA for calling her a liar when she stated that incontinence care had not been provided.” The following day on October 3, 2018, the facility documentation was reviewed that indicated that on February 6, 2018, the first mentioned CNA “had received a written warning” for their failure to “comply with the company’s policies and procedures.”

These failures included “not answering the call bells.” The investigators reviewed the staff schedule that revealed that the allegedly verbally abusive CNA “did work with the resident on October 2, 2018.”

A Facility Reported Incident report documented that the second abusive CNA “who was reported for verbal abuse toward [the resident] would be “re-educated on the Abuse Policy.” The Administrator reported that the first CNA “had been suspended and that the allegation had been reported to the Virginia Department of Health – Office of Long-Term Care.”

Were You Abused or Neglected at Bonview Rehabilitation and Healthcare Center? We Can Help

Do you believe that your loved one was the victim of abuse or neglect while living at Bonview Rehabilitation and Healthcare Center? Contact the Virginia nursing home abuse prevention lawyers at Nursing Home Law Center at (800) 926-7565 for immediate legal intervention. We represent Richmond City County victims of abuse and neglect in all areas, including Richmond. 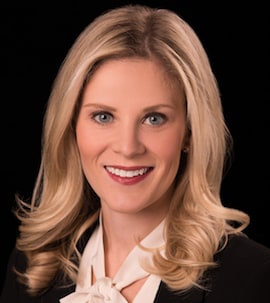 View More ›
Case Valuation Center
Nursing Home
Negligence & Abuse
States We Serve
Client Reviews
★★★★★
Jonathan did a great job helping my family navigate through a lengthy lawsuit involving my grandmother's death in a nursing home. Through every step of the case, Jonathan kept my family informed of the progression of the case. Although our case eventually settled at a mediation, I really was impressed at how well prepared Jonathan was to take the case to trial. Lisa
★★★★★
After I read Jonathan’s Nursing Home Blog, I decided to hire him to look into my wife’s treatment at a local nursing home. Jonathan did a great job explaining the process and the laws that apply to nursing homes. I immediately felt at ease and was glad to have him on my side. Though the lawsuit process was at times frustrating, Jonathan reassured me, particularly at my deposition. I really felt like Jonathan cared about my wife’s best interests, and I think that came across to the lawyers for the nursing home. Eric
View More
Submit a Law Firm Client Review
East Coast Nursing Home Lawyers
Midwest Elder Abuse Attorneys
West Coast Nursing Neglect Attorneys
Bed Sores
Common Case Types
Blog