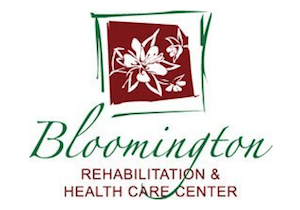 Does your loved one live in a McLean County nursing facility or has in the past? Have you noticed any of the signs and symptoms associated with mistreatment in a nursing home that might be the indicator of neglect or abuse? Did your loved one suffer harm by a caregiver, visitors, employees or other residents?

If so, contact the Illinois Nursing Home Law Center attorneys for immediate legal intervention. Our team of lawyers has successfully resolved cases just like yours. Contact us now so we can begin working on your case today.

This Medicare/Medicaid-participating nursing center is a "for profit" facility providing services and cares to residents of Bloomington and McLean County, Illinois. The 78-certified bed long-term care (LTC) nursing home is located at:

Illinois and the federal government have the legal obligation to monitor every nursing facility and impose monetary fines or deny payments through Medicare if the home has violated established nursing home regulations. In severe cases, the nursing facility will receive multiple penalties if investigators find the violations are severe and harmed or could have harmed a resident.

Within the last three years, state and federal regulators imposed a monetary fine for $2288 against Bloomington Rehabilitation and Health Care Center on March 21, 2017, due to substandard care. Also, the facility received nineteen formally filed complaints and self-reported three serious injuries issues that all resulted in citations. Additional documentation about fines and penalties can be found on the Illinois Department of Public Health Nursing Home Reporting Website concerning this nursing facility.

To ensure families are fully informed of the services and care that their LTC facility offers in their community, the state of Illinois routinely updates their violation reporting system. The database contains a comprehensive list of health violations, opened investigations, safety concerns, incident inquiries, dangerous hazards, and filed complaints of nursing homes statewide. These reports are posted on the IL Department of Public Health website and Medicare.gov. This data can be used to make an informed decision before placing a loved one in a private or government-run facility.

In a summary statement of deficiencies dated September 20, 2018, the state surveyors documented the facility’s failure to “notify the physician of a worsening skin condition and newly acquired pressure sores.” The deficient practice by the nursing staff involved two residents “reviewed for pressure sores.”

However, when the state surveyors reviewed the patient’s Treatment Administration Record (TAR) “dated September 1, 2018, through September 30, 2018” there was “no treatment” for the resident’s skin problems. A review of the Hospital Progress Note dated September 11, 2018 documents that the resident’s “buttocks are very reddened with an open area and skin was sloughing off as we were cleaning the area.”

During an interview with a Certified Nursing Assistant (CNA) on the afternoon of September 19, 2018, it was verified that “around September 7, 2018, [the CNA] noted the resident’s groin increases, buttocks and vaginal area to be raw with peeling skin on some areas.” The CNA said that the resident “had some redness when [they were] admitted to the facility, but [their] skin condition had worsened.” The CNA reported the patient’s “worsening skin condition to the nurse.”

The investigators reviewed the facility’s policy titled: Skin Monitoring and the Change in Resident Condition or Status dated December 7, 2017, that read in part:

“Upon notification of [a skin condition], wound or other skin abnormality, the nurse shall assess and document the findings in the Nurse’s Notes and the nurse will then implement the following procedure: Notify the physician and obtain treatment order.”

“The nurse should notify the physician of a significant change in the resident’s physical/emotional/mental condition.”

The survey team reviewed a resident’s Assessment of Unavoidable Pressure Ulcer dated on September 6, 2018, that shows that the resident “is at high risk for pressure ulcers.” A review of the facility’s Pressure Sore Prevention Guidelines Policy documents that “residents at high risk for pressure ulcers will have a daily skin check.” However, the resident’s “medical record did not contain documentation of the daily skin checks for [numerous months].”

In a separate summary statement of deficiencies dated June 20, 2018, the state surveyors noted that the nursing home had failed to “identify, assess and treat a Stage III pressure ulcer.” The investigators reviewed a patient’s MDS (Minimum Data Set) that revealed that the moderately cognitively impaired resident “requires extensive assistance of one to transfer, for bed mobility, locomotion of wheelchair, dressing and toilet use.” The document also shows that the patient “requires limited assistance of one for eating.”

The resident’s Pressure Ulcer Risk Assessments documented between December 10, 2017, and June 9, 2018, shows that the resident “is a high risk for pressure ulcer development.” The resident’s Treatment Administration Record (TAR) dated May 1, 2018 documents “skin check daily which [was left] blank except for June 1, 2018.

The TAR also has a skin check that is to be documented on the back of the TAR every Tuesday.” However, on May 22, 2018, and May 29, 2018, the areas for documenting that the skin check was performed was left blank.

“Any resident scoring a high risk for skin breakdown will have daily skin checks with any area that does not resolve within thirty minutes after pressure is relieved must be documented as a Stage I.”

In a summary statement of deficiencies dated August 29, 2018, the state survey team noted that the nursing home had “failed to ensure a resident was free from verbal and mental abuse by an employee.” The deficient practice by the administration and nursing staff involved one patient “reviewed for abuse allegations.”

The state investigators reviewed the Abuse Allegation Investigation Report dated August 16, 2018, that shows that the Director of Nursing received a report five days earlier. The report shows that a Certified Nursing Assistant (CNA) “was observed making inappropriate comments to the resident just before leaving at the end of their shift on August 11, 2018. This report documents that the resident notified the CNA that they were “giving the wrong beverages to an unidentified resident.” At that time, the CNA raised their voice and “made inappropriate comments to the resident.”

The incident interview sheet documents that the resident had formally complained that the CNA said to the resident, “I do not give a f***about you and do you know how many nursing homes are in the county to work at.” The report shows that the allegedly verbally abusive CNA then “proceeded to the front door joking with others who were unidentified in the investigation report.”

In a summary statement of deficiencies dated August 29, 2018, the state surveyor noted that the nursing Home had “failed to implement their abuse prevention policy by failing to prevent verbal and mental abuse by an employee.” An additional deficient practice was noted by the surveyors in the facility’s failure to “thoroughly investigate an allegation of misappropriation of resident property for [another resident] reviewed for abuse allegation.”

“The facility affirms the right of the residents to be free from abuse, neglect, misappropriation of resident property and exploitation.”

“This policy documents the facility prohibits mistreatment, exploitation, neglect or abuse of its residents and has attempted to establish a resident sensitive and resident secure environment. This policy documents the purpose of the policy are to assure the facility’s doing all within its control to prevent occurrences of mistreatment, exploitation, neglect or abuse of the residents.”

Do You Have More Questions About Bloomington Rehabilitation and Health Care Center? We can Help

Do you believe your loved one is the victim of abuse, mistreatment or neglect while a resident at Bloomington Rehabilitation and Health Care Center? If so, contact the Illinois nursing home abuse and neglect lawyers at Nursing Home Law Center at (800) 926-7565 now. Our network of attorneys fights aggressively on behalf of McLean County victims of mistreatment living in long-term facilities including nursing homes in Bloomington. Contact us now to schedule a free case review to discuss how to obtain justice and resolve a financial compensation claim.

Our knowledgeable attorneys offer legal representation to patients with cases that involve abuse and neglect happening in public and private nursing facilities. We accept all cases of wrongful death, nursing home abuse, and personal injury through a contingency fee arrangement. This agreement will postpone the need to make a payment for our legal services until after our attorneys have resolved your case through a jury trial award or negotiated out of court settlement.

We provide each client a “No Win/No-Fee” Guarantee, meaning you owe us nothing if we cannot obtain compensation for your damages. Let us begin working on your case today to ensure your family is adequately compensated for the damages that caused your harm. All information you share with our law offices will remain confidential.