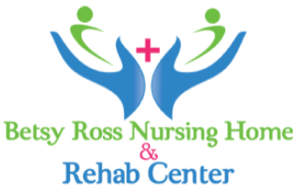 Do you believe that your loved one is being neglected, abused, or mistreated while living in a Oneida County nursing facility? Are you concerned that the harm they experience is occurring at the hands of caregivers or other residents? Contact the New York Nursing Home Law Center attorneys now for immediate legal help.

This long-term care facility is a 120-certified bed Medicare and Medicaid-participating center providing services to residents of Rome and Oneida County, New York. The "for profit" home is located at:

It is the responsibility of federal and state investigators to penalize any nursing home that has violated a rule or regulation that caused harm or could have caused harm to a resident. Many of these penalties involve monetary fines or denial of payment for Medicare services.

The nursing home received one complaint over the last thirty-six months that resulted in a violation citation. Additional documentation about fines and penalties can be found on the New York State Nursing Home Report Website.

According to state investigators, “the facility did not ensure residents had the right to be free from physical restraints not required to treat the residents’ medical symptoms.” Specifically, two residents “were physically restrained without a restraint assessment or Physician’s order.”

One incident involved a moderately, cognitively impaired resident who “requires extensive assistance of one staff for activities of daily living and did not use a restraint.” The resident’s Progress Note dated February 4, 2019, by physical therapist documented that “the resident was issued an alarming seat belt in her wheelchair on February 1, 2019.”

The resident “was unable to release the seat belt that was not considered a restraint but a reminder for her not to stand alone and to alert staff when she attempted to stand on her own.” However, “there was no documentation of a Physician order” for the seat belt.

The resident’s Physical Therapy Evaluation and Plan of Treatment dated February 6, 2019, by the physical therapist documented that “the resident was being treated to facilitate independence with all functional mobility, increase lower extremity strength and minimize falls. She needed extensive cueing to initiate a command. There was no documentation she had a Velcro alarming seat belt.”

The survey team interviewed the Director of Therapy who stated that “when a resident was referred to physical therapy for a restraint evaluation, the therapist would write a note if they did not have a restraint evaluation form.” The physical therapy department received a referral on March 21, 2019, for the resident “to come to therapy daily and assess her ability to remove the seat belt.”

Need to Hold Betsy Ross Rehabilitation Center Accountable for Neglect? We Can Help

Were you the victim of mistreatment while you lived at Betsy Ross Rehabilitation Center? Contact the New York nursing home abuse lawyers at Nursing Home Law Center at (800) 926-7565 for immediate legal intervention. We represent Oneida County victims of abuse and neglect in all areas, including Rome.