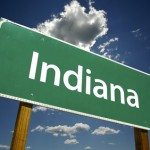 Recent studies are indicating that errors made by medical staff may rank as one of the top three causes of death in the U.S. Medical error-related deaths follow heart disease and cancer.

Over the last eight years, the Indiana Department of Health has required hospitals, birthing centers, abortion clinics and ambulatory surgery centers to report major adverse events. The efforts by the Department of Health hope to avoid many preventable medical mistakes occurring in the state.

This is because there has been a significant rise in medical errors over the last number of years. In fact, of the 293 facilities in Indiana, the reports indicate that 111 medical errors happened in 2013 alone. This number represents a significant one-year rise compared to others since the collection of data began.

Elderly patients and those with mobility-challenged (individuals confined to a wheelchair or bed) are at an increased risk of developing bedsores. Because of that, the medical facilities are required to monitor the skin of patients continuously to ensure that any developing bedsore is treated quickly. This can minimize the potential of the serious medical condition progressing to a lethal infection.

Another serious medical mistake occurring in many Indiana health facilities every year includes “retained surgical items” that are not removed during a surgery closure. The surgical team victimizes patients when foreign objects are not removed. These can include instruments, needles, sponges, soft goods and other miscellaneous small items.

In 2013, there were 27 medical mistakes where the surgical staffs in Indiana health facilities forgot to remove foreign objects used as a part of the procedure. The total number of medical mistakes in 2013 doubled since the previous year.

Operating on the Wrong Body Part

Too many medical malpractice cases have involved horror stories when surgeons have removed the wrong organ, operated on the wrong body part, or even on the wrong patient. In Indiana in 2013, there were 13 incidences where surgeons performed procedures and operations on the wrong body part. There were an additional five cases involving this type of medical error at ambulatory surgery centers, accounting for a total of 18 occasions.

A Serious Fall While People are Admitted to a Hospital

Falling patients while being assisted or not has caused significant injuries and deaths every year. In 2013, there were 12 incidences in hospital settings where the results of the patient who fell involved serious disability or death.

Some estimates indicate that nearly a million patients a year fall in hospital environments and nearly half of those suffer injuries. In 2008, as a way to encourage hospitals to implement and enforce effective “fall avoidance” protocols, the government has refused to pay for any extra medical treatments required to care for a fall victim hospitalized with additional injuries caused by the incident.

Where Bedsores Occur. The Most Common Areas for Development

A bedsore is a lesion that appears on the skin when constant pressure on a bony area of the body restricts blood flow to the skin and underlying tissue. Without pressure relief, the tissue can start to die after just about two hours. The most common areas on the body subjected to bedsores include:

Nearly every type of bedsore is preventable. Because of that, hospitals, nursing homes and assisted living facilities are legally obligated to identify any individual that has a potential increased risk of developing pressure sores. In addition, hospitals are required to develop, implement and enforce a healthcare plan on every patient to prevent the development of a sore.