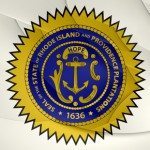 Four of those nursing facilities have recognized serious deficiencies. This means that a nursing home resident suffered injury or was at risk of injury. These facilities include Cortland Place in Greenville; Charlesgate Nursing Center in Providence; Herbert Nursing Home in Smithfield; and Park View Nursing Home in Providence. Federal authorities have also flagged Providence Park View nursing home with an extensive “history of persistent poor quality of care.”

Under federal and state regulations, nursing facilities are subject to regular yearly inspections. Government regulators perform a comprehensive inspection to assess the facility’s compliance with federal CMS (Centers for Medicare and Medicaid Services) health and safety standards. The inspection will list any federal standard deficiency at the nursing facility. The accumulated federal inspection data of the 30 nursing homes listed more than 200 deficiencies including building security to ensure dementia patients cannot wander off.

A Most Serious Case

Since 2011, the Providence Park View nursing home listed the most serious deficiency concerning a resident falling from a fourth floor window. The documented report listed negligence as one cause of the incident when a nursing assistant (NA) left the resident briefly to retrieve sheets for the bed. Upon returning, the NA found the resident with a leg and head outside the window and was unable to pull the resident backwards to safety. The nursing assistant held on as long as possible. However, the combative nature of the resident struggling against her caused the patient to fall and land on landscaping mulch outdoors below.

While a resident did not die from the more than 40-foot drop, they did suffer a punctured lung, fractured ribs and fractured ankle. The authorities issued a $27,900 fine on the nursing facility, listing a failure to perform window checks during safety rounds held every month.

According to Park View administrator Margaret Vaccaro, the facility’s procedures, protocols and care have improved significantly since the incident occurred three years ago. However, in 2013, two more deficiencies were noted during a routine inspection including the facility being cited for failing to report a monetary theft of a resident to the state Department of Health. The facility was also cited for a splinter and tripping hazard caused by exposed wood flooring.

Developing, implementing and enforcing comprehensive nursing protocols are crucial to controlling a safe environment inside a nursing facility. Many errors, injuries and fatalities are the result of a lack of communication or an ineffective training program that does not teach shared responsibility and team approaches for care.

Quality resident safety can mean the difference between life and death by preventing injuries, slip and fall incidences, or any action that causes harm to a nursing home resident.

Effective nursing protocols often deal with necessary procedures based on medical opinion, delivering prescription medications and meeting the health and hygiene requirements of every resident in the facility. Encouraging nursing staff to use their initiative in preventing or avoiding patient accidents saves lives. This includes ensuring that the use of bed rails, medical devices, transport equipment, and other protocols follow every order issued by the physician.

Ensuring the safety of the patient helps minimize any issues including the development of bedsores and other serious infections. By avoiding operating on different sets of rules, the workforce and medical professional staff can provide the best quality of care to the patient to ensure their health and well-being.