Attorneys for Abused & Injured at Avante at Melbourne Nursing Center 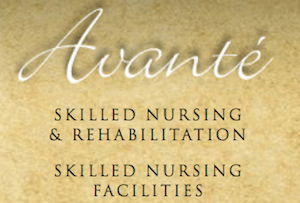 Any mistreatment of the senior citizen in a nursing facility can constitute neglect or abuse if it occurs at the hands of caregivers, employees, family members, friends, or other patients. Every member of the nursing team and employee staff always has a legal responsibility to protect their residents and keep them safe in their environment.

If your loved one was injured while residing in a Brevard County nursing facility, contact the Florida nursing home affiliate attorneys now for immediate legal assistance. Let our team of abuse prevention lawyers work on your family’s behalf to ensure you receive financial compensation for your damages. Time is of the essence. All necessary documentation must be filed in the proper county courthouse before the statute of limitations expires.

This long-term care facility is a 110-certified bed "for-profit" home providing services and cares to residents of Melbourne and Brevard County, Florida. The Medicare and Medicaid-participating center is located at:

The federal government, through nursing home regulatory agencies, can impose fines or deny payment for Medicare services for any nursing facility with severe violations of rules and regulations. Typically, hefty fines are levied against the nursing home when the most egregious violations have occurred that harmed or could harm a resident.

Within the last three years, federal investigators imposed a monetary fine against Avante at Melbourne Nursing Center for $29,546 on August 06, 2018, citing substandard care.

The nursing home received four complaints over the last three years that resulted in a violation citation. Additional information concerning the facility can be reviewed on the comprehensive Florida Adult Protective Services Website.

The state of Florida and the federal government regularly updates its long-term care home database system with complete details of all deficiencies, citations, and violations.

The state investigators determined that the nursing home “failed to ensure [one resident] reviewed for abuse was free from physical abuse.” Documentation shows that the cognitively intact resident was “feeling down and depressed 7-11 days and behavior symptoms [included] not directed toward others (physical symptoms such as hitting, or scratching self, pacing, rummaging, public sexual acts, disrobing, throwing, or smearing food or bodily waste).”

The document also says that the resident had “verbal/vocal symptoms (like screaming, destructive sounds) occurring 1-3 days.” The resident was receiving anticoagulant and antidepressant medication.

The state investigators reviewed a Social Service Note dated January 17, 2018. The document indicates that the resident’s roommate had reported that a Certified Nursing Assistant (CNA) “was abusive to [the resident] on January 16, 2018.” The cognitively impaired resident was unable to provide a statement.

However, “the report was called into the Department of Children Families (DCF).” A review of the Unusual Occurrence Incident Report documented that the resident’s roommate had reported to a staff member of the rehabilitation Department that she saw the resident “through the room they are being struck in the head by [a CNA].”

The CNA was suspended during the investigation, the Physician and power of attorney were notified, and the staff ensured a skull x-ray had been completed. A skin assessment and the x-ray “revealed no variances.”

The roommate was interviewed and stated that she observed the CNA providing the resident care and saw the roommate hit the CNA “and her glasses fell to the floor.” At that time, the CNA “picked up her glasses and then left the room to get some supplies. She returned, and [the roommate saw the CNA hit the resident] in the head with her glasses.”

Do you believe that your loved one has suffered harm through mistreatment while living at Avante at Melbourne Nursing Center? Contact the Florida nursing home abuse prevention lawyers at Nursing Home Law Center at (800) 926-7565 for immediate legal intervention. We represent Brevard County victims of abuse and neglect in all areas, including Melbourne.