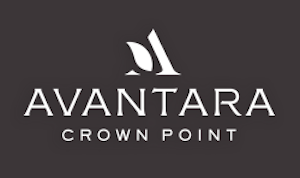 Is your loved one currently living in a nursing facility in Colorado? Do you suspect that they are being neglected, mistreated or abused by the staff or other patients? If so, contact the Colorado Nursing Home Law Center attorneys for immediate legal intervention.

Our team of attorneys has successfully resolve cases just like yours and we can help your family too. We have investigated dozens of cases involving mistreatment of the elderly, disabled and rehabilitating and Douglas County nursing homes. If your loved one has been mistreated at Avantara Crown Point Nursing Center, contact our Colorado nursing home abuse lawyers. Let us begin working on your case today to ensure your family is adequately compensated for your damages. We use the law to protect your rights.

This long-term care (LTC) home is a 154-certified bed Center providing cares and services to residents of Parker and Douglas County, Colorado. The Medicare/Medicaid-participating "for profit" facility is located at:

Both the state of Colorado and federal agencies penalize nursing homes by denying reimbursement payments from Medicare or imposing monetary fines anytime the facility is cited for a serious violation of established regulations and rules that harm or could harm residents.

Over the last three years, Avantara Crown Point Nursing Center has received twenty-two formally filed complaints due to substandard care that all resulted in citations. Additionally, Medicare denied payment for services rendered on April 6, 2016. Additional information about penalties and fines can be reviewed on the Colorado Department Of Public Health an Environment Department of Public Health Website concerning this nursing facility.

Information on every intermediate and long-term care home in the state can be reviewed on government-owned and operated database websites including the Medicare.gov and the Colorado Department of Public Health website. These regulatory agencies routinely update the comprehensive list of opened investigations, safety concerns, filed complaints, incident inquiries, health violations, and dangerous hazards on facilities statewide.

Failure to Report and Investigate any act or Report of Abuse, Neglect or Mistreatment of Residents

In a summary statement of deficiencies dated April 6, 2016, the state investigator noted that the nursing home “failed to protect residents, thoroughly investigate and report alleged staff mistreatment.” The survey team said that specifically, “the facility failed to immediately investigate [a resident’s] allegations of rough treatment by an agency employee leading to additional rough treatment toward [two other residents].”

The facility “further failed to report the incidents of the State agency and the Board of nursing.” The investigators reviewed the facility’s Abuse policies and procedures with the Director of Nursing before initiating citations.

The incident in question involved a resident who experiences “short-term and long-term memory impairment and mild depression. He requires extensive assistance for bed mobility, transfers, locomotion, dressing, toilet use, and personal hygiene. He was incontinent of bladder and bowel.”

The 88-year-old resident’s MDS (Minimum Data Set) Assessment “also indicated that the resident had a chronic disease that may result in the life expectancy of less than six months.” The female resident’s Face Sheet and Care Plan dated October 14, 2014, and revised on October 21, 2015, identifies the resident as experiencing “alteration and activities of daily living related to progressive and severe pain and stiffness in her back and legs; she required assistance with all mobility and activities of daily living.”

The CNA said that the agency CNA “was not doing the same and just pulled on him. She said [the resident] was fully dependent, and when his arm was pulled, he said ‘ouch’ and attempted to hit [the agency’s Certified Nursing Assistant].” The CNA said that “the resident was mad and in pain; therefore, she notified the Nurse Unit Manager who informed the Director of Nursing.”

In a summary statement of deficiencies dated April 20, 2017, the state investigators documented that the facility had failed to “ensure the resident environment remained as free from accident hazards as possible and that one [resident] received adequate supervision to prevent fire hazards.”

The surveyors say that specifically, “the facility failed to ensure [that a resident] receives adequate supervision while in the beauty salon near the dryer wearing supplemental oxygen.” The investigators reviewed the Professional Reference Life Safety Code NFPA 99, Section 8-2.1.2 that reads in part:

The investigators reviewed a 77-year-old female resident who “was alert, had adequate hearing and clear speech and was able to make yourself understood.” Documentation revealed that the resident had “no mood or behavior symptoms were exhibited. She was dependent for transfers and required extensive assistance with locomotion and personal hygiene. She received supplemental oxygen and dialysis.”

For twenty-eight minutes on April 18, 2017, “the resident was observed in the beauty salon in her wheelchair wearing an oxygen nasal cannula and her nostrils while the beautician (private contractor) was using a hand-held hair dryer. The resident’s portable oxygen tank was observed hanging behind the resident while the hair dryer was still blowing.”

The surveyors say that the “beautician noticed and removed the nasal cannula from the resident’s nostrils and set the cannula on the chair near the resident and continue to blow dry the resident’s hair.” Approximately thirty minutes later, “the regional project manager was observed putting up assignment by the beauty salon door that read ‘No Oxygen Tanks Beyond This Point.’”

The surveyor team interviewed the beautician at the end of the resident’s visit who said “I usually allow the resident to come into the beauty salon with oxygen in their nostrils. I am not a nurse, and I do not touch their oxygen. She said the only time she removed the oxygen from the resident’s nostril was when they were going to sit under the big hair dryer.”

The Nursing Home Administrator said during an interview that “portable oxygen tanks were not supposed to be near or even close to the hair dryer. She said this could cause a fire hazard. She was observed to turn the portable oxygen tank often remove it from the beauty salon.” The Administrator said that “there was no protocol or procedure specific to the use of oxygen in place.”

The Administrator said that the beautician was employed by an outside agency “and there was no documentation as to whether she was trained. She said she would train the staff immediately.”

In a separate summary statement of deficiency dated April 6, 2016, the state investigators noted that the nursing home “failed to ensure two of four residents to have known accidents and exposure to hazards” received “adequate supervision and assistance devices to prevent accidents.”

The survey team said that specifically, “the facility failed to provide safety oversight for [a resident] who left the building without staff supervision and fell, sustaining facial and left-hand trauma.” The facility also “failed to ensure [another resident] did not have access to an electric fireplace with the metal screen that attained high surface temperatures.”

In a third summary statement of deficiencies dated January 7, 2016, the state investigators noted “the facility failed to ensure one resident received adequate supervision and assistance devices to prevent accidents. Specifically, the facility failed to ensure that residents requiring a two-person transfer received a two-person transfer [2] minimize the risk of injury.”

The facility also failed “to have an effective system for communicating two-person transfers contributed to [the resident] sustaining a large (14 cm) skin tear to the left calf on December 9, 2015, that remain unhealed, with steri-strips in place on January 7, 2016.” The nursing home also failed to “ensure that investigation to the resident skin injury during transfers were thorough [to] identify and address pertinent factors contributing to the injury.”

Failure to Provide and Implement an Infection Protection and Control Program

In a summary statement of deficiencies dated April 20, 2017, a state surveyor noted the nursing home's failure to “establish and maintain an infection control program designed to provide a safe, sanitary and comfortable environment and to help prevent the development and transmission of disease and infection.”

The survey team specifically said that the nursing home failed to:

The investigators observed many incidents involving a failure to provide a sanitary environment including observing she was stored on the seat cushion of a resident’s wheelchair and nebulizer treatment equipment observed not bagged after use. The survey team also observed a beautician removing “the oxygen nasal cannula from a resident’s nose with her bare hands after touching several items in the salon and placing the resident’s oxygen concentrator on the chair.”

In a separate summary statement of deficiencies dated April 6, 2016, the state investigative team noted that the nursing facility “failed to establish and maintain an infection control program designed to provide a safe, sanitary and comfortable environment and to help prevent the development and transmission of disease and infection.”

Specifically, the facility failed to “ensure personal protective equipment (PPE) was available for use while caring for residents with known or suspected illness” during “an outbreak of the nor over a sign Clostridium difficile.” The incident involved thirty-nine residents.”

It was also documented that the staff failed to “adequately employed the required PPE in rooms where residents were isolated;” and failed to “ensure a systematic approach was used to monitor and train the staff and lapses in the application of Personal Protective Equipment were observed.”

The surveyors observed and conducted interviews and noted that isolation cart’s outside of rooms for [seven residents] did not contain any protective isolation gowns of any type. The Director of Nursing was interviewed [and said] the facility did not get their supply delivery [as expected], and due to the snowstorm, the delivery had not happened yet.”

Do You Want to Hold Avantara Crown Point Nursing Center Accountable for Neglect? We can Help

Do you suspect that your loved one has suffered harm through abuse, neglect or mistreatment while living at Avantara Crown Point Nursing Center? If so, contact the Colorado nursing home abuse attorneys at Nursing Home Law Center at (800) 926-7565 now. Our network of attorneys fights aggressively on behalf of Douglas County victims of mistreatment living in long-term facilities including nursing homes in Parker. Contact us now to schedule a free case review to discuss how to obtain justice and resolve a financial compensation claim.

For years, our attorneys have successfully resolved nursing home abuse cases just like yours. Our experience can ensure a positive outcome in your claim for compensation against those that caused your loved one harm. We accept every case involving nursing home abuse, wrongful death or personal injury through a contingency fee arrangement. This agreement postpones the need to make a payment to pay for legal services until after your case is successfully resolved through a jury trial award or negotiated out of court settlement.

Our network of attorneys offers every client a “No Win/No-Fee” Guarantee, meaning if we are unable to successfully resolve your case, you owe us nothing. Let us begin working on your case today to ensure your family is adequately compensated for the damages that caused your harm. All information you share with our law offices will remain confidential.