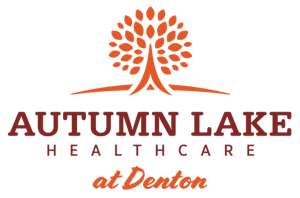 Every nursing home in Maryland has a legal obligation to provide each patient with the highest level of care according to established standards of quality. Unfortunately, many nursing staff will fail to follow the traditional procedures and protocols that can lead to preventable accidents, injuries, and the development of life-threatening bedsores.

If your loved one was injured or abused while residing in Caroline County nursing facility, contact the Maryland Nursing Home Law Center attorneys now for help. Our team of lawyers has successfully resolved many compensation cases just like yours, and we can help your family too.

This nursing center is a "for profit" Medicare and Medicaid-participating facility providing services and cares to residents of Denton and Caroline County, Maryland. The 100-certified bed long-term care nursing home is located at:

Federal investigators penalize nursing facilities with monetary fines and denied payment for Medicare when the nursing home had been cited for serious violations of rules and regulations.

Our attorneys obtain and review data on every Maryland long-term care home from various online publically available sources, including the Department of Public Health website and Medicare.gov.

The survey team reviewed the resident’s medical records that revealed: “that the resident had exhibited a history of sexually inappropriate and aggressive behaviors during this time as evidenced by the following Primary Care Physician’s Notes.” The Physician note dated April 17, 2017, stated that the resident “had increased auditory hallucinations and had asked staff members to have intercourse with him.”

The Physician’s Notes dated April 26, 2017, documents that the resident “had a few episodes of inappropriate sexual comments and noted by staff to have gone into female residents’ rooms and asked them to take their shirts off.”

The Physician’s Notes dated May 15, 2017, states that “for the past six weeks [before] the note, the resident displayed worrisome behaviors. The resident was found naked [in their] room while an unidentified female resident was [not wearing a shirt]. It was also reported that the resident had been kicking, hitting other residents, and chased a nurse around the Nurse’s Station.”

On June for 2017, the resident “was involved in a resident-to-resident altercation” while “attempted to transfer the resident to the hospital [they] struck the police officer. According to the document, the staff was re-educated regarding dealing with the resident’s behavior.”

Abused at Autumn Lake Healthcare at Denton? Our Attorneys Can Help

Do you suspect that your loved one is the victim of mistreatment while residing at Autumn Lake Healthcare at Denton? Contact the Maryland nursing home abuse lawyers at Nursing Home Law Center at (800) 926-7565 for immediate legal intervention. We represent Caroline County victims of abuse and neglect in all areas, including Denton.