Arkansas is no stranger to abuse and bed sores amongst the elderly. When our nursing home abuse lawyers meet and speak with these victims, we try and explain to them the rules and structures that their cases will take place in. We do this to illuminate the possibility, kind, and amount of damages that are available to them and to instruct them about their case will develop. In this vein, the following sections outline some important elements of elder abuse and bed sore cases in the State of Arkansas. Our goal with this information is to help you maximize the value of your bed sore case. 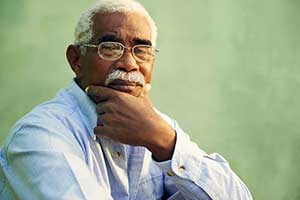 Arkansas Arkansas residents might be surprised to learn that even if they want to bring a lawsuit for elder abuse or a related injury, they may not be allowed to. This is because Arkansas has rules that deny citizens the right to bring actions if they are after a set amount of time following the incident. Here is that amount of time in this state:

Many people ask us what kind of recovery they could obtain through an eldery abuse or bed sore lawsuit. One thing they do not realize is that the end of their cases are often defined by the beginning of their cases. By this, we mean that you need to pay particular attention and time to evaluate the kind of case that you bring because that will seriously impact the compensation that is possible for you. Here are the kinds of lawsuits that are most commonly associated with elderly abuse and bed sores:

What Does a Lawyer Have to Prove in an Arkansas Elder Abuse Case?

Many victims of elder abuse, bed sores, and medical misconduct are nonplussed when they sit through their trial or speak with their lawyer and try to figure out what is going on. To understand what your attorney is trying to and what you need to do to be successful, you need to look at a short and clear list of elements that you must demonstrate through your case. They vary according to the kind of case that you bring, but here are the components of each of them:

What are Common Defenses in Arkansas Elder Abuse Cases?

Arkansas nursing home lawyers have a responsibility to inform their clients about every aspect of their case. This obviously extends to what they are going to do to make their argument but it also requires them to explain what the defense might do as well. Here are the most common arguments that we see defendants make in elder abuse, bed sore, medical malpractice, and similar suits:

What Kind of Damages do Arkansas Elder Abuse Cases Have?

Many people across Arkansas think that once someone injures them they have a case. We try and explain to them that they must go one step further and illustrate how this injury-be it elder abuse, bed sores, or anything else- led to some tangible or intangible loss. This might be hard in some cases but the good news is that in many other cases there are common and consistent indicators of damage, such as the following:

This is just the beginning. We find a myriad of forms of damages in all the cases that we work on but these are a good place to start looking when you begin your investigation. They can be broadly classified as economic, non-economic, or wrongful death damages. However, only until you speak with us and our team of experienced lawyers can you completely understand what kind of damages and compensation exists in your case. Our office can assist you with bed sore lawsuit anywhere in Arkansas including the following cities: Little Rock, Fort Smith, Fayetteville, Jonesboro or Springdale.

Here is a list of things to take note of or gather for cases related to elder abuse, bed sores, and similar lawsuits:

“How much is my elderly abuse case worth?” This is a question victims all over Arkansas ask us early and often when we work with them. They suffer from abuse, bed sores, malnutrition, and other things. Their expenses are nearly as big or even greater than their suffering. Therefore, maybe it should not be so surprising that they normally also concern with the nature of their case.

What you should gather from this is that we will take total control of your case and put every ounce of our resources to ensure you receive the award or settlement that you deserve.

To report suspected elder abuse, neglect, or exploitation in Arkansas:

Contact us today if you have been the victim of elder abuse or bed sores.

Arkansas may not have one of the largest populations of elderly residents but it still sees a lot elderly abuse cases. Many of its older residents experience neglect, improperly medical treatment, bed sores, physical or sexual abuse, and other violations. These can take place in a variety of settings including hospital, nursing homes, and private homes. But wherever they occur, victims must recover that they can often recover for these injuries through the legal system. However, even before we explain to Arkansas elderly abuse victims the nature and process of their cases, they normally ask “So what are Arkansas elder abuse cases worth? or “What are Arkansas bed sore cases worth?” They do this quite practically to see if all of the time and attention is worth it. To see if they should fight or move on. Therefore, we wanted to show you what plaintiffs in Arkansas normally obtain through litigation. This is not a complete answer to what your compensation might be, though, because to do that one of our experienced attorneys would need to speak with you about the specifics of your case.

Here is the breakdown of what plaintiffs in Arkansas obtained for elder abuse cases:

Here is the breakdown of what plaintiffs in Arkansas obtained for nursing home abuse cases:

Here is the breakdown of what plaintiffs in Arkansas obtained for bed sore cases:

This tragic case ended in the death of a nursing home resident in his eighties after he was left out in the cold all night. His representatives sued the defendant facility for wrongful death and negligence, arguing their acts caused his death. The defendant denied this reasoning and replied that his death was the result of an unrelated medical issue. However, its resolve was not unlimited because they eventually settled for $425,000.

This case kicked off with a fairly isolated incident but then was exaggerated with a series of neglectful actions. A man in his middle eighties fell out of his bed and broke his hip while at a medical facility. However, staff did not notice this for hours or the bed sore that consequently developed. This misconduct caused the man extraordinary distress, pain, and anguish. He sued the hospital for damages related to these injuries and received a $266,000 jury award.

This matter involved a rather extraordinary controversy surrounding a nursing home and one of its residents. While living there, the 94-year-old suffered bed sores, broken bones, malnourishment, and neglect. It got so bad that she had to have amputations to both of her legs. She sued the nursing home and claimed that the defendant facility completely failed to afford her with the care that she deserved. Specially, the plaintiff pointed to the defendant’s faulty system of hiring and training employees, noting that some did not have proper licenses. Ultimately, she recovered $3,000,000 in court-$2,000,000 for punitive damages and $1,000,000 for pain and suffering.

An elderly resident of an Arkansas nursing home cried foul when he had to have an amputation after his bed sores advanced so quickly that doctors could not save his leg. He sued the facility where he lived and contended that that they did not provide enough care, staff, or training to ensure that their patients-namely, him- did not develop bed sores while living there. The defendant replied that they operated within the appropriate standard and pointed to the plaintiff’s pre-existing conditions of cancer, strokes, and heart issues as the real culprit. A jury awarded the man $250,000.

This case in Arkansas had a litany of charges. It arose in a nursing home and the complainant was one of the residents, a 59-year-old man recovering from a stroke. While living there, he sustained a broken hip, head contusions, and bed sores all over his body. He sued the nursing facility and argued that they failed to provide enough staff, adequately equip them, or train them sufficiently. For their part, the nursing home responded that any injuries the man sustained were due to the actions of an unrelated party. After trial on the merits, the jury awarded the man $1,540,000:

This was a bizarrely serious and violent matter. The victim was an elderly man and former minister who lived at a nursing home. He experienced bed sores all over his legs while residing there. Eventually, they got so bad that he had to have both legs amputated above the knees. Also, he suffered blows to the head that left him with black eyes. To recover for these injuries, he sued the nursing home and put several allegations in his complaint including the following: failure to hire/train/supervise employees, failure to provide sufficient medical care, and failure to provide sufficient nutrition and hydration, among others. The defendant countered all of these charge and refused to settle. Therefore, the case went to trial and was heard by a jury. After reviewing the plaintiff and defendant present their cases, it brought back a verdict for the former in the amount of $750,000 for his pain and suffering.

This bed sore dispute occurred at s hospital. The plaintiff, a 77-year-old woman, was staying there for post-operative care when she developed bed sores. Subsequently, she had to undergo further surgeries to correct this development and developed long-term disabilities because of it. She sued the hospital for malpractice. In her complaint, she made the case that it should have created and implemented a plan to avoid the emergence of bed sores, that they did not do that, that they should have done that, and that that failure caused her injuries and damages. After a full trial, the jury awarded her $200,000: $50,000 for loss of services and $150,000 for punitive damages.

While there is no way reverse the neglect and poor care which likely contributed to the development of a decubitus ulcer, laws provide for families to hold responsible parties accountable. Our network of attorneys is committed to maximizing the value of your case to the fullest extent of Arkansas law. Contact our office anytime for a free review of your situation with an experience legal team.