The Information You Need to Make Decisions That Matter
The Nursing Home Law Center is committed to providing the
legal resources necessary to hold negligent facilities accountable.
Learn More
Home
Bed Sore Lawyer
Bed Sore Articles
Bed Sore Prevention and Treatment
Are There any Federal Regulations That Apply to the Prevention of Bed Sores?

Are There any Federal Regulations That Apply to the Prevention of Bed Sores? 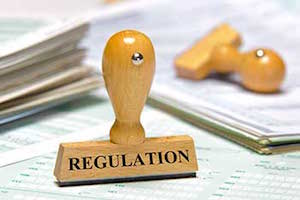 Preventing bed sores is the responsibility of every hospital, nursing home, and staff member who handles individuals who are at risk of developing these injuries. Several federal laws and regulations make it the facility’s responsibility. If an establishment or staff member breaches a federal elderly care regulation and negligently fails to prevent a bed sore, that party could be liable for the victim’s damages. Knowing the federal regulations in place to prevent bed sores could help you or a loved one understand your rights.

The United States Code has a statute on the prevention of elder abuse and neglect: Section 3058i of Title 42. This law makes it mandatory for state agencies to develop and improve elder abuse, neglect, and exploitation prevention programs to receive an allotment of funds. The agency must then use the allotment to create or enhance such programs, such as programs to increase public education, create data reporting systems, research elder neglect, and train professionals on the prevention of elder neglect and abuse.

In 1987, the Omnibus Budget Reconciliation Act passed a law that impacted nursing homes in the U.S., referred to as the Nursing Home Reform Act. This act improved the overall care of nursing home residents by establishing a Residents’ Bill of Rights. This Bill of Rights protects residents by giving them the legal right to:

The Omnibus Budget Reconciliation Act of 1987 made major strides in nursing home resident rights and level of care. It helped empower the elderly to take control over their lives and healthcare while living in a long-term care facility. It may have helped prevent bed sores by improving the quality of elderly care and encouraging the elderly to speak up about deficiencies in their care. It also established Medicare and Medicaid requirements, helping residents gain better access to proper healthcare and injury treatment.

One of the latest federal regulations that can help prevent bed sores is the Elder Abuse Prevention and Prosecution Act of 2017. This bipartisan bill, signed into law by President Trump, helps prevent elder abuse and neglect by improving the justice system’s response to such cases. The law made the following important changes on the subject of elder neglect and abuse:

This law increases federal resources on preventing elder abuse and exploitation. It also sends a message to the public that the government will not tolerate elder neglect or abuse, by increasing the punishments for these crimes. It may help prevent bed sores by reminding facilities and staff members of the harsh penalties that could arise in a case of elder abuse or neglect. This may encourage long-term care facilities to take better care of their residents.