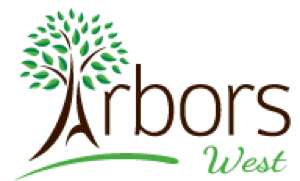 Many families are overwhelmed when they make the ultimate decision to place a loved one in a nursing home to ensure the quality of their life is maximized. They believe that they will receive the best care in a compassionate, respected and safe environment. Unfortunately, not all members of the nursing team will uphold their responsibility and provide care that meets the resident’s needs.

If your loved one was injured while living in a Madison County nursing facility, contact the Ohio Nursing Home Law Center Attorneys now for immediate legal help. Our team of lawyers can work on your family’s behalf to ensure you receive monetary compensation for your damages. Let us begin working on your case today.

This long-term care facility is a 99-certified bed Medicare and Medicaid-participating center providing services to residents of West Jefferson and Madison County, Ohio. The "for profit" home is located at:

The investigators for the state of Ohio and federal nursing home regulatory agencies have the legal responsibility of penalizing any facility that has violated rules and regulations that harmed or could have harmed a resident. These penalties often include monetary fines and Medicare denying payment for services provided to residents.

Additional documentation concerning penalties and fines can be reviewed on the Ohio Long-Term Care Consumer Guide.

According to state surveyors, the facility “failed to prevent misappropriation of a resident’s narcotic pain medication.” The incident involved a resident who had “unclear speech [and] rarely made himself understood and was moderately impaired for daily decision-making.” The resident was on “scheduled pain medications.” The documentation shows that “he had not received any opioids in the last seven days.”

During an interview with the Licensed Practical Nurse (LPN), it was revealed that “when she was doing the narcotic counts, there were supposed to be a total of 33 cards of narcotic medications, and there were only 32.” The LPN said that they had told the Director of Nursing that they had a sheet for the resident “but no card of medication. She stated the medication card contained 24 tablets and [that’s] it.”

The Director “admitted she did not go into the facility on Saturday or Sunday to investigate [and] stated on Monday while she was investigating, she discovered the medication was really missing, so she self-reported it then.”

One resident stated during an interview that “one morning last week, the day shift nurse aides found towels filled with bowel movement lying on the floor. She stated she was not sure what had happened but speculated either herself or her roommate had been changed in the middle of the night because they had a bowel movement and staff left the soiled towels.”

Mistreated at Arbors West Nursing Center? We Can Help

Were you the victim of mistreatment, neglect or abuse while living at Arbors West Nursing Center? Contact the Ohio nursing home abuse lawyers at Nursing Home Law Center at (800) 926-7565 for immediate legal intervention. We represent Madison County victims of neglect and abuse in all areas in Ohio including West Jefferson.