Lawyers for Abused & Mistreated at Arbors at Streetsboro Nursing Center 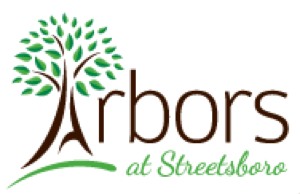 Mistreatment, abuse, and neglect in nursing facilities are often the result of the nursing staff or other caregivers not providing the resident care according to established standards of quality. Their inappropriate behavior often leads to harm, injury or wrongful death. In other incidents, the victim is assaulted by other residents.

If your loved one was harmed while living in a Portage County nursing facility, contact the Ohio Nursing Home Law Center Attorneys now for immediate legal intervention. Let our team of lawyers handle your case to ensure you receive monetary compensation. We will use the law to hold those responsible for causing the harm legally accountable.

This long-term care center is a 114-certified bed "for profit" home providing services to residents of Streetsboro and Portage County, Ohio. The Medicare and Medicaid-participating facility is located at:

The investigators working for the state of Ohio and the federal government had the legal authority to impose monetary fines and deny payment for Medicare services if the nursing home has been cited for serious violations of established regulations.

Information on every intermediate and long-term care home in the state can be reviewed on government-owned and operated database websites including the Ohio Department of Public Health and Medicare.gov.

According to state investigators, “the facility failed to effectively implement their abuse policy and procedure that ensure an injury of unknown origin was thoroughly investigated for [a resident].”

The investigators reviewed a self-reported incident when a resident “complained of left pain and was sent to the hospital.” The resident “reported that he was dropped to the floor by two people yelling. A review of the Hospital History and Physical dated December 8, 2018, indicated [that the resident] had severe physical debility with contracted lower extremities. The resident had x-rays completed of the pelvis and femur appearing comminuted left femoral metaphysis [irregular] bone.”

A witness statement documented by a State-Tested Nursing Assistant (STNA) revealed that while doing her initial safety rounds, she found the resident “had not had his dinner. When she asked him why he had not eaten, the resident complained of his head and knee hurting.” The STNA “pulled back a blanket and noted [the resident’s] left leg was in bad shape.”

At that time, the resident “reported that a man and woman rolled him and dropped him.” The STNA “immediately informed the Charge Nurse.” The documentation shows that “the facility was able to determine how the fracture occurred and whether it was a pathologic fracture.”

The state investigators interviewed the Administrator who indicated that “she had no witness statements or interviews from the STNAs caring for [the resident during that time] just [before] the resident complained of pain to the left leg.”

The nursing home “failed to ensure a fracture, presenting as an injury of unknown origin for [one resident] was thoroughly investigated as an incident of abuse.”

The failure from the nursing home to take action violated their procedures and policies including their Abuse Prevention Program that indicated “for all alleged or suspected cases of mistreatment, neglect, injuries of unknown source or abuse reported, the facility Administrator, Director of Nursing, or individuals designated will immediately report the allegation.”

Need to Hold Arbors at Streetsboro Nursing Center Accountable for Neglect? We Can Help

Were you the victim of mistreatment, neglect or abuse while living at Arbors at Streetsboro Nursing Center? Contact the Ohio nursing home abuse lawyers at Nursing Home Law Center at (800) 926-7565 for immediate legal intervention. We represent Portage County victims of abuse and neglect in all areas including Streetsboro.

Our legal team offers every client a free, initial case consultation. Additionally, we offer a 100% “No Win/No-Fee” Guarantee. This promise means you do not owe us anything until we have secured monetary compensation on your behalf. All information you share with our law offices will remain confidential.