Lawyers for Neglected & Injured at Arbors at Fairlawn Nursing Center 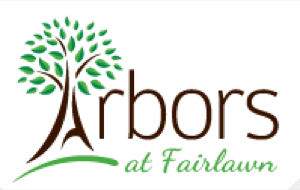 Nursing home negligence takes on many forms, where the nursing staff can misbehave, or other patients assault the resident because of a lack of supervision. Many nursing homes throughout Ohio are understaffed, or the administration hires inadequately trained Nurses and Nurse’s Aides. Other nursing facilities failed to follow acceptable practices for providing the utmost care.

If your loved one was injured while residing in a Summit County nursing facility, contact the Ohio Nursing Home Law Center Attorneys now for immediate legal intervention. Let our team of lawyers work on your family’s behalf to ensure you receive monetary compensation for your damages.

This center is a 99-certified bed Medicare and Medicaid-participating facility providing services to residents of Fairlawn and Summit County, Ohio. The "for profit" long-term care home is located at:

The state and federal investigators have the legal authority to penalize any nursing home that has been cited for a serious violation that harmed or could have harmed in nursing home resident.

The nursing home also received twenty-four complaints over the last three years that resulted in a violation citation. Additional information about this nursing home can be found on the Ohio Long-Term Care Consumer Guide.

According to investigators, “the facility failed to implement their abuse policy and procedure [related to] reporting allegations.” The documentation shows that the resident involved in the violation “was frequently incontinent of urine and bowel and had urinary tract infections.” The resident “often refuse care she did not like her assigned care provider and was often verbally abusive to the staff.”

The investigators reviewed the Self-Reported Incident documentation that revealed an allegation of neglect involving the resident. The documentation shows that a State-Tested Nurse Aide (STNA) “was assigned as the care provided for [the resident] and work on the 6:00 AM through 6:00 PM shift.” During that time, the STNA “did not answer the resident’s call light throughout the day but asked [two other STNAs] to provide any personal care for [that resident].”

The survey team reviewed in Licensed Practical Nurse (LPN) written statements that revealed that she was called to the resident’s room. At that time, “the resident’s son was in the room and requested his mother be changed. When [the LPN] assess the resident, she found an extremely wet brief.”

The LPN stated that “she apologized to the son and then she and [and an STNA] provided incontinence care for the resident.” During an interview with the facility Administrator and the Director of Nursing, it was confirmed that “the allegation of neglect occurred on February 3, 2018, was not reported to the administration until February 5, 2018” which was outside reporting time limit set by state law.

The nursing home “failed to ensure incontinence care was provided [promptly].” This deficient practice affected one resident who was “frequently or occasionally incontinent.”

The severely, cognitively impaired resident involved in the incident was diagnosed and being treated for a Stage II Pressure Ulcer” The resident “is dependent on two staff for toileting and was frequently incontinent of bowel and bladder.”

Observations were made of the resident while they were “seated in his wheelchair in his room with his wife visiting. At the time of the observation, [the resident’s wife] reported to a State-Tested Nursing Assistant (STNA) the resident had urinated and needed changing.” The STNA “stated she would get some help and they would put the resident to bed and get him changed.” However, twenty-five minutes later, the STNA “did not return to ‘toilet’ the resident.” At that time, the resident’s wife “left the room to ask again for assistance.”

When STNA arrived at the room, they spoke with the wife saying that they would first way the resident before changing him. The wife reminded the nursing staff that “he has been wet a while and his bottom is sore.” The STNA told the resident’s wife that they were short staffed and confirmed that “it was thirty minutes after the request for toileting when the staff returned to the room and nearly fifty minutes before the incontinence care was initiated for the resident.”

Do you suspect that your loved one is the victim of mistreatment while residing at Arbors at Fairlawn Nursing Center? Contact the Ohio nursing home abuse attorneys at Nursing Home Law Center at (800) 926-7565 for immediate legal intervention. We represent Summit County victims of neglect and abuse in all cities including Fairlawn.

Discuss your case with us now through an initial case consultation at no charge to you. Also, we offer a 100% “No Win/No-Fee” Guarantee. This promise means we postpone payment for our services until after we have secured monetary recovery on your behalf.