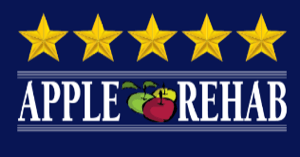 Every nursing home in Connecticut has a legal obligation to provide each patient with the highest level of care according to established standards of quality. Unfortunately, many nursing staff will fail to follow the traditional procedures and protocols that can lead to preventable accidents, injuries, and the development of life-threatening bedsores.

If your loved one was injured while residing in New Haven County nursing facility, contact the Connecticut Nursing Home Law Center Attorneys now for help. Our team of abuse prevention lawyers has successfully resolved many compensation cases just like yours, and we can help your family too.

This center is a 90-certified bed Medicare and Medicaid-participating facility providing services to residents of West Haven and New Haven County, Connecticut. The "for-profit" long-term care home is located at:

Both the state of Connecticut and federal agencies are legally obligated to monitor every nursing facility and impose monetary fines or deny payments through Medicare when investigators find the nursing home seriously violated established nursing home regulations and rules.

Within the last three years, federal investigators imposed a monetary fine against Apple Rehabilitation West Haven for $19,383 on April 20, 2017, citing substandard care. During this time, Medicare denied payment on April 09, 2018, due to a lack of quality care.

The state of Connecticut and the federal government regularly updates its long-term care home database system with complete details of all deficiencies, citations, and violations.

The state investigators determined the nursing home "failed to ensure the resident was free from verbal abuse.”

Failure to Protect Every Resident from All Forms of Abuse Including Physical and Sexual Assault, Physical Punishment, and Neglect by Anybody – citation #F600 date May 24, 2019

The “facility failed to ensure a resident was free from verbal abuse.” The investigation involved a resident with “memory recall deficits, hallucinations, and delusions.”

A Nurse’s Note dated December 14, 2018, indicates that two Charge Nurses “witnessed a Nurse Aide verbally abuse a resident. The note identified that the Nurse Aide involved stated, while she was on her personal phone, ‘I am on the phone, I am not talking to you’ and then stated to the person on the phone that was [the resident’s name], the retarded ass.”

The note indicated that at the time of the verbal abuse, the resident was alert, knew their name, and “was confused and restless at times.” The investigation identified the Nurse Aide had admitted that she told the resident “to stop acting retarded, and the Nurse Aide was terminated.”

Do You Have More Questions about Apple Rehabilitation West Haven? Let Our Team Help

Was your loved one mistreated while residing at Apple Rehabilitation West Haven? Contact the Connecticut nursing home abuse lawyers at Nursing Home Law Center at (800) 926-7565 for immediate legal intervention. We represent New Haven County victims of abuse and neglect in all areas, including West Haven.

We provide every potential client a free initial case consultation and offer a 100% “No Win/No-Fee” Guarantee. This promise means you will not pay us anything until after we have secured a monetary recovery on your behalf. All information you share with our law offices concerning your financial compensation will remain confidential.