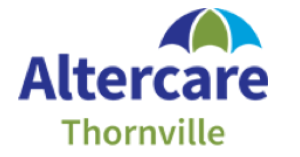 Do you believe that your loved one is being neglected, abused or mistreated while living in a Perry County nursing facility? Are you concerned that the harm they experience is occurring at the hands of caregivers or other residents? Contact the Ohio Nursing Home Law Center Attorneys now for immediate legal help.

Let our team of lawyers work on your family’s behalf to ensure you receive adequate monetary recovery for your damages. We use the law to ensure that those responsible for causing the harm are held legally accountable. Let us begin working on your case today.

This Medicare and Medicaid-participating facility is a "for profit" center providing services to residents of Thornville and Perry County, Ohio. The 50-certified bed long-term care home is located at:

The investigators working for the state and federal government are legally authorized to impose monetary fines or deny payment for Medicare services if a nursing facility has been cited for serious violations of regulations.

The nursing home also received ten complaints over the last three years that resulted in a violation citation. More information about this nursing home can be found on the Ohio Long-Term Care Consumer Guide.

The nursing home “failed to ensure [a resident] was free from verbal and physical abuse.” A review of the South-Reported Incident revealed that the resident “was involved in an inappropriate verbal exchange with an employee (a State-Tested Nursing Assistant (STNA)). After immediate notification of the Administrator, the STNA “was escorted from the building and suspended pending the result of the comprehensive investigation.”

During an interview with the resident, it was revealed that the alleged STNA “was too busy to get her dressed and was rough with her technique and getting her dress[ed]. The resident described [the STNA] did not untie her shoes and put her shoes on the wrong feet.”

The resident also stated that the STNA “would not give the resident her name. The facility concluded the physical and verbal abuse was not suspected. However, it was possible [that the STNA] failed to provide care in a manner that met the standards of customer service/for dignity.”

The resident’s Progress Notes revealed that “the resident fell from her bed. Because of her fall, the resident complained of left hip pain [and] the left side of her head was bleeding.” The resident “was sent to the emergency department” for diagnosis and care.

Mistreated at Altercare Thornville Nursing Center? We Can Help

Do you believe that your loved one has suffered harm through mistreatment while living at Altercare Thornville Nursing Center? Contact the Ohio nursing home abuse lawyers at Nursing Home Law Center at (800) 926-7565 for immediate legal intervention. We represent Perry County victims of abuse and neglect in all cities including Thornville.