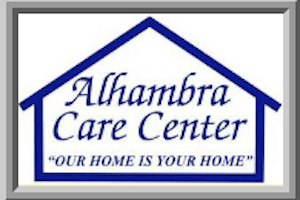 Senior citizens, the disabled, infirm and rehabilitating are often subjected to neglect and abuse in nursing homes. This mistreatment often leaves family member shaken at the thought that their loved one is unsafe in a dangerous environment. Accidents, injuries, and unexpected death are often the result of a lack of supervision or untrained nursing staff. Other patients suffer injury through resident-to-resident abuse or sexual assault.

If your loved one is the victim of mistreatment, the Illinois Nursing Home Law Center attorneys can provide immediate legal intervention. Our team of lawyers has helped many Madison County nursing home residents by working on their behalf and filing and resolving monetary recovery claims. We use the law to ensure our clients are adequately compensated for their damages. Contact us now so we can begin working on your case today.

If your loved one has been mistreated at Alhambra Care Center, contact our Chicago nursing home abuse lawyers.

This facility is a "for profit" center providing services to residents of Alhambra and Madison County, Illinois. The Medicare and Medicaid 84-certified bed long-term care (LTC) home is located at:

Illinois and federal agencies are duty-bound to monitor every nursing home and levy monetary fines or deny payments through Medicare when investigators identify serious violations of nursing home regulations. In some cases, the nursing home receives multiple penalties if surveyors find severe violations that harmed or could have harmed a resident. On November 9, 2016, the federal government imposed a monetary fine against the facility for $30,150.

Over the last thirty-six months, Alhambra Care Center has received seven formally filed complaints that resulted in citations. Additional documentation about fines and penalties can be found on the Illinois Department of Public Health Nursing Home Reporting Website concerning this nursing facility.

Families can visit the Illinois Department of Public Health and Medicare.gov websites to obtain a complete list of all safety concerns, incident inquiries, opened investigations, filed complaints, dangerous hazards, and health violations. The regularly updated information can be used to make a well-informed decision on which long-term care facilities in the community provide the highest level of care.

In a summary statement of deficiencies dated November 23, 2016, the state surveyors noted that the facility failed to “provide a medical reason and failed to assess the benefits justifying the use of a lap top cushion for two residents reviewed for physical restraints.” The investigators observed a resident on numerous times on November 14, 2016, while the resident “sat with a lap top cushion securing [the resident] in her wheelchair.”

The investigators reviewed the resident’s MDS (Minimum Data Set) that documents that the resident “has moderately impaired decision-making skills and needs extensive assist with most activities of daily living including transfers.” A review of the resident’s Physical Restraints/Adaptive Equipment Consent documents the potential negative outcomes were reviewed but none of the potential benefits for the use of the laptop cushion.”

The document titled: Restraints/Adaptive Equipment Use dated August 15, 2016, reveals that the nursing home is using the “adaptive equipment [that is] supported by an appropriate reason for use.” The nursing home says that “the resident has a movement disorder which causes her to lunge forward, also has abnormal posture, which causes sacral sliding. The resident [is to utilize] a lap top cushion went up in a wheelchair for body alignment [which is] removed two hours [for] ten minutes for positioning during meals. The family declines therapy for strengthening/balance issues related to [the resident’s progressive disease].”

The survey team reviewed the resident’s Care Plan Problems for Falls edited on November 14, 2016, that revealed “approached start date: November 14, 2016. Laptop [cushion used] in a wheelchair to reduce the risk of the resident lunging forward when spasms occur. Lap top cushion can be removed by the resident. The staff removes during meals, toileting.” However, the investigators stated that there “was no physical or occupational therapy assessment to justify the use of the lap top cushion.”

“Develop or review [the] resident Care Plan for a type of restraint, the reason for use, alternative methods to be used and method of application.”

“List medical symptoms to be treated and methods to reduce and eliminate restraint.”

In a summary statement of deficiencies dated November 23, 2016, the state investigator noted that the facility “allowed an employee to continue to have direct contact with residents after an allegation of abuse was reported.” The survey team said that this deficiency “has the potential to affect all fifty-two residents living in the facility.”

Documentation shows that on the morning of November 17, 2016, an anonymous resident stated that the Administrator “does not like me. On the day of admission, [the Administrator] came to the room and said, ‘if you do not like the way things are run here, I could make it so you can never get out.’”

The anonymous resident stated that what the Administrator said “has always [stayed] with me. Do not tell anyone you are talking to us. They will get us.” The surveyor said that the resident “expressed fear of retaliation from [the Administrator].”

Documentation shows that approximately one hour later the Director of Nursing “was informed of the allegation of abuse against [the Administrator, stating] ‘I cannot imagine who said that, that is not our policy. If a resident is truly unhappy, they would be able to leave, and the Social Worker would find them placement, and they could leave the facility. That would not occur. That is wrong. That would never happen. We have never said that to anyone. I have never had that stated to me. If we were told [that the Administrator] would fix it so the resident cannot leave. The resident can leave. I do not recall [the Administrator] ever saying that.”

The Director said, “I know we have a resident who says, ‘I want to leave.’ Her sister makes her stay here. Any allegations I had to talk to the person, but not knowing who made the allegation makes it tough.”

Less than one hour later, the Director stated that “I have talked to the [Administrator] and she said she never said to any resident [seven residents and] a resident’s daughter. They all said no one told them they could not leave, and they were satisfied.” One resident “would take alternative care if he could be by his kids and now his daughter does not want It. I am following the Abuse Policy. I really need to know who said this to do an investigation.”

In a summary statement of deficiencies dated November 23, 2016, the state investigators documented that the facility had failed to “operationalize policies and procedures for the protection of residents and for the investigation and timely reporting of abuse. This [failure] has the potential to affect all fifty-two residents living in the facility.”

During the late morning hours of November 17, 2017, the Director of Nursing/Abuse Coordinator “was notified of an allegation of abuse with [the Administrator] being the alleged abuser.” Just after noon through 3:40 PM, the Administrator “remained in the facility in contact with residents.”

Was Your Loved One Injured at Alhambra Care Center?

Do you suspect your loved one was the victim of abuse, mistreatment or neglect while a resident at Alhambra Care Center? If so, contact Illinois nursing home abuse and neglect attorneys at Nursing Home Law Center at (800) 926-7565 today. Our network of attorneys fights aggressively on behalf of Madison County victims of mistreatment living in long-term facilities including nursing homes in Alhambra. Contact us now to schedule a free case review to discuss how to obtain justice and resolve a financial compensation claim.

We accept every case involving nursing home neglect, wrongful death, or personal injury through a contingency fee agreement. This arrangement will postpone the need to make a payment for our legal services until after our attorneys have resolved your case through a jury trial award or negotiated out of court settlement.

We provide all clients a “No Win/No-Fee” Guarantee, meaning you owe us nothing if we are unable to obtain compensation on your behalf. Let our network of attorneys start working on your case today to ensure your family receives the financial compensation they deserve for your harm. All information you share with our law offices will remain confidential.