Acknowledging the Dangers and Expense of Pressure Sores 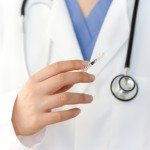 The rate of litigation involving managing progressing bedsores occurring at hospitals and long-term health care facilities has been on the rise for decades. However, only recently have nursing home abuse attorneys begun including the attending physician as a defendant in a nursing home lawsuit for compensation. Successful lawsuits producing large financial settlements and jury awards only reinforce the claim that decubitus ulcers are indicators of abuse and negligence by caregivers and nursing facilities.

An extensive white paper was released in June 2009, by the International Expert Wound Care Advisory Panel identifying major theories to assist healthcare and medical professionals with legal issues in providing care involving pressure ulcers. The white paper noted that lawsuits seeking compensation for facility-acquired bedsores has increased in both long-term and acute settings with judgments of nearly $400 million in a single case. In this instance, a 58-year-old victim acquired multiple Stage IV pressure sores, osteomyelitis (bone infection) and debridement that led to a dislocated hip requiring hip replacement surgery.

During this time, www.Medline.com reported the results of a survey used to grade surveyed doctors’ abilities to recognize, assess and document both Stage III and IV decubitus ulcers. Sadly, the average grade of surveyed doctors overall was at “D” level, which surely indicates the need for physicians to hone their skills to improve better outcomes of patients suffering from pressure sores.

Including the attending physician as a defendant with additional third parties, like the nursing facility, in a nursing home abuse lawsuit is a bit different than filing a direct suit against the doctor. As just one defendant in a larger lawsuit, the doctor is often placed in the position of defending the claim involving pressure sores in an effort to show how the bedsore was unavoidable.

To defend the pressure sore claim, the physician often establishes how the patient had been assessed for risk factors of developing pressure sores and shows how the doctor formulated an appropriate plan of care which was implemented properly by the nursing staff with unsuccessful outcomes. Typically, the physician as a defendant likely played the role of healthcare provider that established and managed a “pre-existing” risk factor before assessing the ulcer and developing/implementing the patient’s plan of care. Usually, the defendants’ attorneys will obtain lab results, consultation documents and imaging to use as a part of the defense for a successful litigation outcome.

However, the nursing home abuse attorney who filed the lawsuit will likely push back to show “pre-existing” risk factors that could include dehydration, malnutrition, sepsis or peripheral vascular disease were ineffectively managed by the nursing staff and physician, which contributed to the bedsore’s progression.

Documenting how the decubitus ulcer was properly evaluated and care was provided by the physician and nursing staff can provide legal assistance by showing the doctors involvement in developing and managing the patient’s plan of care. Jurors tend to rule against doctors who fail to maintain accurate documentation of every bedsore presence of their patient. Any inconsistency or missing documentation in the facilities Nurses Notes can also be highly problematic at trial. In addition, any erroneous etiology (cause) of the wound found in the Nurses Notes and patient’s medical records can help support the case for the victim.

Hospitals and nursing facilities have developed protocols, procedures and policies on accepted modalities for treating bedsores. However, the attending physician often plays a crucial role in the healing process. Because of that, any delay of treatment or failure to follow the wound care specialist’s recommendations can be problematic for the defense during litigation.

However, if physicians are able to demonstrate how they appreciated and managed every relevant risk factor and can prove their performance of a skin assessment through documentation and development of a plan of care that was implemented, the defendants’ legal team has a high probability of litigating a successful outcome.