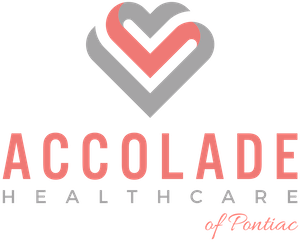 Many families have no other option than to turn their caregiving over to a professional nursing home to ensure their loved one receives the highest level of assistance. These family members entrust the medical professionals to ensure that they are protected in a compassionate, safe environment. Unfortunately, many Livingston County nursing home residents become the victims of injury or wrongful death at the hands of their caregivers or other residents through mistreatment.

The Illinois Nursing Home Law Center attorneys have represented hundreds of nursing home victims throughout Illinois. Our team of dedicated lawyers fights aggressively on behalf of our clients to ensure the mistreatment stops immediately and that the family receives adequate financial compensation to recover their monetary damages. Call us now so we can begin working on your case today.

If your loved one has been mistreated at Accolade Healthcare of Pontiac, contact our Chicago nursing home abuse lawyers.

This long-term care (LTC) home is a 97-certified bed Center providing cares and services to residents of Pontiac and Livingston County, Illinois. The Medicare/Medicaid-participating "for profit" facility is located at:

The state of Illinois and the federal government have the legal obligation to monitor every nursing facility and impose monetary fines or deny payments through Medicare if the facility has violated established nursing home regulations and rules. In serious cases, the nursing facility will receive multiple penalties if investigators find the violations are severe and harmed or could have harmed a resident.

Within the last three years, the federal government imposed a monetary fine against Accolade Healthcare of Pontiac for $3321 on August 11, 2016. Also, Medicare denied payment once on April 25, 2018, for services due to substandard care.

The facility also received twenty-two formally filed complaints that resulted in citations. Additional documentation about fines and penalties can be found on the Illinois Department of Public Health Nursing Home Reporting Website concerning this nursing facility.

Comprehensive research results can be reviewed on the Illinois Department of Public Health and Medicare.gov nursing home database systems. These sites detail all safety concerns, incident inquiries, opened investigations, filed complaints, dangerous hazards, and health violations. Many families use this information to determine the level of medical, health and hygiene care long-term care facilities in the local community provide their residents.

In a summary statement of deficiencies dated for April 25, 2018, the state survey team noted the facility’s failure to “notify the nurse practitioner or physician of a refusal of antibiotics.” The deficient practice by the nursing staff involved one resident “reviewed for refusal of medication.” The survey team reviewed the facility policy titled: Physician Notification of Resident Change in Condition dated August 2, 2017, that reads in part:

“The resident’s physician will be notified of changes that occur in the resident’s condition including but not limited to the refusal of taking prescribed medications.”

The resident’s Progress Note dated March 28, 2018 documents that the physician was notified that the resident had stopped taking the medication “due to nausea and diarrhea.” There is a notation made by the nurse practitioner on April 19, 2018, that the “facility needs to do a better job of notifying [the nurse practitioner] or the Physician with cares issues or refusal medications.

In a summary statement of deficiencies dated April 25, 2018, the state investigators documented that the facility had failed to “prevent misappropriation of the resident’s property by taking prescribed medications from two sampled residents and four residents outside of the sample [that were] reviewed for medication administration.”

“It is the responsibility of all staff to ensure that the facility is doing all that is within its control to prevent occurrences of mistreatment, neglect or abuse of a resident.”

The documentation reveals that on the late morning hours of April 19, 2018, a Licensed Practical Nurse (LPN) “has borrowed the controlled substances in the past for one resident to be given to another resident due to medications not being delivered timely from the pharmacy.”

The LPN said that “in the facility, if the staff takes the medication from one resident and gives it to another resident, they signed the Control Drug Receipt/Record/Disposition Form and put the initials, in parentheses, of who the medication was actually given to after the nurse’s initials.”

The investigators reviewed the facility’s Control Drug Receipt/Record/Disposition Forms on April 19, 2018, showing that the nursing staff administered medications from one resident to another resident on numerous occasions between April 7, 2018, and August 10, 2018. This deficient practice shows that one resident received another resident’s medications.

A second LPN said concerning “the initials on the narcotic sign out sheets, that are in parentheses, are who actually received the medication.” The surveyors interviewed the facility Director of Nursing that same day who said that “it is absolutely unacceptable to borrow narcotic medication from other residents and there is no reason to.”

The Director said that the nurse practitioner “is here daily and can write a new order for the script. It can be sent over from the pharmacy and then they will give us a coat to get the medication out of the [secured medication box].”

In a summary statement of deficiencies dated April 25, 2018, state surveyors noted the nursing home's failure to “identify misappropriation of a resident’s property.” The investigators documented that “based on a record review and interview, the facility failed to identify allegations of verbal abuse and neglect [and] failed to investigate allegations of neglect and physical abuse.”

The survey team also documented the facility’s failure to “complete required website checks [before] hiring a Certified Nursing Assistant (CNA). This failure affects two sampled residents and to residents outside of the sample who were reviewed for abuse.” The survey team reviewed the facility’s policy titled: Abuse Prevention Program dated August 2, 2017, that reads in part:

“It is the responsibility of all staff to assure that the facility is doing all it is within its control to prevent occurrences of mistreatment, neglect or abuse of residents. Any incident or allegation involving abuse, neglect or misappropriation will result in an abuse investigation.”

The investigation involved multiple incidents of the nursing staff borrowing narcotics from one resident to be administered to a different resident. During an interview with the facility Director of Nursing, it was revealed that they were “not aware that the facility was taking medication from one resident to administer to another, but that it is actually unacceptable to borrow narcotic medication from other residents.”

The Administrator stated, “I handed that back to [the Director of Nursing] to talk to the staff [concerning] in-servicing. After reviewing the abuse prevention program with the Director, the Director stated that [the Administrator] would see that it was a misappropriation now I needed to complete an investigation.”

A separate incident was documented in the same deficiency report dated April 25, 2018, that caused the investigators to review the facility’s policy titled: Abuse Prevention Program that reads in part:

“The facility will conduct pre-employment screening of employees. This policy documents that the facility will check the sex offender website links on the Registry. This policy also documents that employees are required to report any incident, allegation or suspicion of potential abuse, neglect they hear about or suspect to the Administrator or immediate supervisor who must then immediately report it to the Administrator.”

“This policy documents [that if the] accused individual is employed by the facility, [he/she] will be denied unsupervised access to residents during the course of the investigation.” The employee “will be removed from resident contact immediately until the results of the investigation have been reviewed, and the accused employee shall not complete their shift as a direct care provider to residents.”

“The policy also documents that any incident or allegation involving abuse, neglect or misappropriation will result in an abuse investigation.”

The investigative team noted that the facility abuse policy “does not document the requirement to notify the State Survey Agency within two hours of an abuse allegation or injury” as required by law.

A review of the facility’s Abuse Allegation Investigation involving a resident at the facility documents that a Licensed Practical Nurse (LPN) filed a report. The report stated that a Certified Nursing Assistant (CNA) “was very rough with [a resident] during cares and told [that resident] her room was too small because [that resident] was big and [the resident’s] wheelchair was too.”

A review of the report revealed that there “is no documented time the allegations for [the resident] were voiced. This written statement documents [another resident reported that the same CNA] was rough during cares [and flipped that resident’s] gown that had urine on it up in [the resident’s] face and it felt like [the CNA] was ripping the resident’s buttocks off. The same statement documents another allegation of neglect [reported by the first resident that the CNA] refused to empty [the resident’s catheter bag] because it was nasty. There is no documentation of the time the allegations were reported.”

The survey team reports that “this investigation documents a witness statement by [another nursing staff member, a CNA, that the abusive CNA] was very rough with the resident.” That resident “was in a lot of pain due to knee and hip surgery due to the roughness. The statement did not document when the incident occurred. The investigation does not document further investigations into the abuse/neglect allegations for [three residents] that were voiced during the investigation for [a fourth resident].”

Were You Injured or Harmed While a Resident at Accolade Healthcare of Pontiac?

Do you suspect your loved one suffered harm through abuse, neglect or mistreatment while a resident at Accolade Healthcare of Pontiac? If so, call Illinois nursing home abuse lawyers at Nursing Home Law Center at (800) 926-7565. Our network of attorneys fights aggressively on behalf of Livingston County victims of mistreatment living in long-term facilities including nursing homes in Pontiac. Contact us now to schedule a free case review to discuss how to obtain justice and resolve a financial compensation claim.

Allow our seasoned nursing home abuse injury attorneys to file your claim for compensation against every party responsible for causing harm to your loved one. Our years of experience can ensure a successful financial resolution to make sure your family receives the financial recompense they deserve.

We accept all cases of wrongful death, nursing home abuse, and personal injury through a contingency fee arrangement. This agreement will postpone the need to make a payment for our legal services until after our attorneys have resolved your case through a jury trial award or negotiated out of court settlement.

We offer every client a “No Win/No-Fee” Guarantee. This promise ensures that you will owe us nothing if we cannot obtain compensation on your behalf. Let our team begin working on your case today to ensure you receive adequate compensation. All information you share with our law offices will remain confidential.